Tukhlya is a cozy mountain village which is situated in a narrow valleyof the Opir River. Tukhlia is a well-known village due to Ivan Franko’s novella “Zakhar Berkut”. In this story Ivan Franko describes Tukhlya very detailed, where it is located, how many inhabitants are in a village, etc.
There is no precise version from where the name of the village appeared. Some local inhabitants believe that it is inseparably connected with “Zakhar Berkut” story, and means a rotten smell of the dead bodies of Mongol-Tatartroops which was spread all over the territory. Another version is related to a legend about one old man who travelled along this place, his journey was quite long and exhausting. He stopped here to rest a little but after he did he wanted to stay here for the rest of his life.  Soon after other people joined an old man and that is how this settlement appeared.
However, Tukhlya nowadays is well-known as a birthplace of Zakhar Berkut. His statue is located from the Southern side on the top of the same name mountain, where according to thelocal legend this outstanding figure was buried.
Staying in Tukhlya you will have an opportunity to see the church interior of which is painted by Korneliy Ustyianovych, a well of Ivan Franko and even the stone with the help of which Zakhar Berkut and peasants blocked a river and vanished the Tatar army.
In the late 1880tha  rail road Stryi – Mukacheve was built here. Besides a good transport connection you are free to climb the mountains which surround Tukhlya. That is why tourism is quite developed in a village. 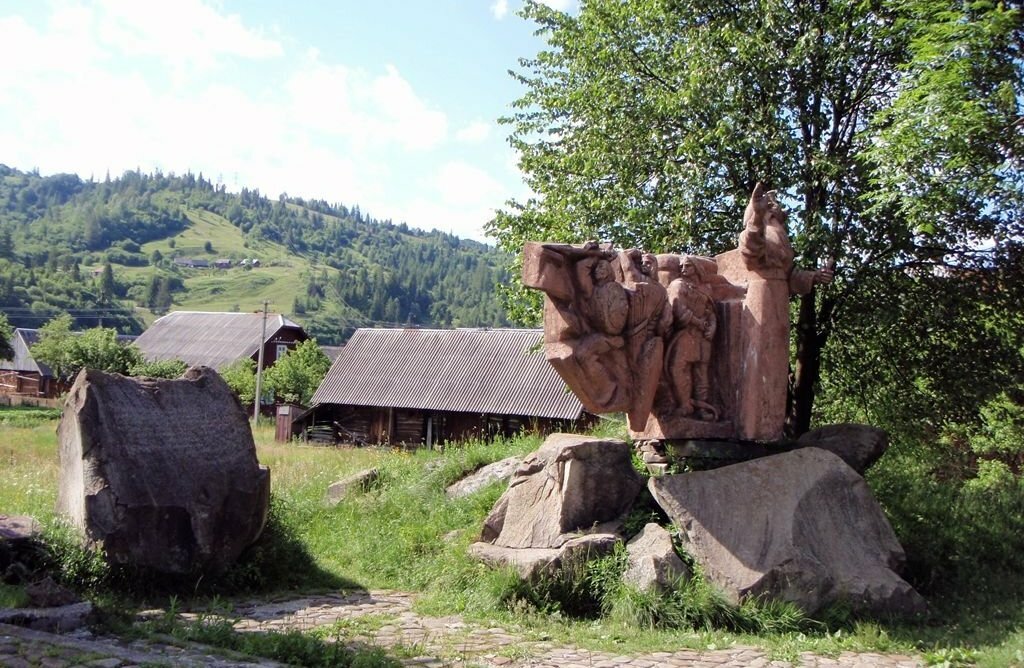