The first written mention of Truskavets is dated by a year 1469. Even now the name of the city is an object of an intense debate among historians. Some believe that "Truskavets" –itsa word modified form the Polish “truskawka” (strawberry), although strawberries appeared in Europe only after 1712, and was brought from Chile by a French officer Frezye, when the mention about the city appears in XV century. Other claim thatits derived from the Lithuanian language, and means – “salt”, as this region was famous for it’ssalterns.However an official date of foundation of Truskavets as an wellness resort is considered to be 1827, when the first eight Balneological baths (spa tubs)were built here.
Truskavets water`s healing properties was known long ago, and after proper medical researches of different scientists such as N.Fichtel, WojciechOczko and B. KhakeTruskavets became a real competitor to such famous resorts as Rihenhel and Wiesbaden.
With the development of medical field other spheres of infrastructure begun to rise rapidly. Truskavets was one of the first Galician citieswhich waselectrified,it also had a direct railway connection with Lviv, Vienna, Krakow, Poznan, Prague, Warsaw and Berlin. During that period time many of private hotels, villas, and pensions were opened, tennis courts, sports grounds and a special lake appeared here as well. The number of tourists who have been here grows from year to year. For instance in 1923 – 6 080 people, during 1927 – 12 633 and in 1933 – 17 000 people!
“Hoplyana” – a wooden mansion built in 1928 is without no doubts one of the most interesting buildings in Truskavets. An authentic architecture which this mansion preserved till our days will definitely capture your attention. Nowadays “Hoplyana” houses Museum of Ukrainian artist MykhailoBilas.
XXth century for Truskavets was rich for honored guests: the ambassador of Poland, presidents of Turkey, Estonia and many others honorary people stayed here. After September 1939 all private pensions, villas, hotels, restaurants were transferred to public ownership, and during the German occupation Truskavets was reclassified into a military hospital.
Nowadays Truskavets is one of the largest Europe’s wellness resorts which is able to accept more than 15 thousand people simultaneously. Annually 200 hundred thousand people came here to become healthier with the help of worldwide famous “Naftusya” water. 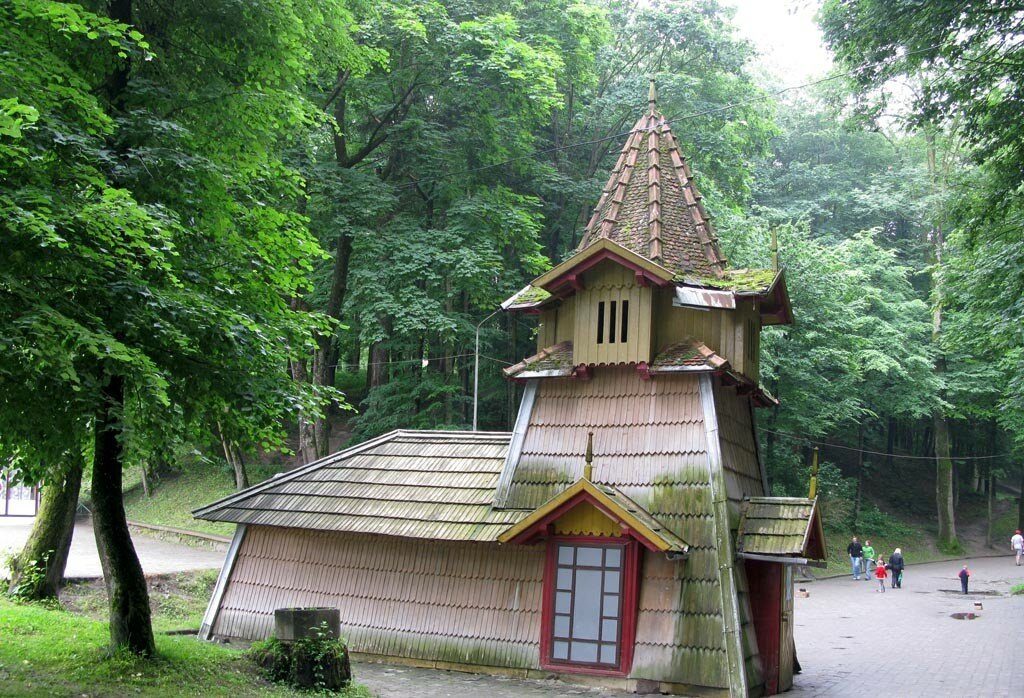